I mean, where do I even start?

I suppose I should start at the beginning. Like, the real beginning: In my house, there were two records that were permanently on the record player in our living room: the soundtrack to Fame  (it was good) and Lionel Richie’s Dancing on the Ceiling. My Mom and my Dad were both fans and I, by way of osmosis, inherited a love of Motown and The Commodores, along with a love of Marvin Gaye, Smokey Robinson, U2, Carole King, The Judds, Kenny Rogers, Dolly Parton… the list goes on and on. (I could never really get into Bob Dylan, though… or Bob Seger.)

I twirled to Ballerina Girl and pretty much thought that Say you, Say Me was amazing. And not until I was older did I know what Lionel was referring to when he sang, “Brick House.”

(My parents raised me right.)

Over the course of the years I’ve always loved Lionel Richie. I actually don’t remember not loving him. The sky is blue, donuts are incredible and Lionel Richie is amazing. To set the record straight, I am not attracted to Lionel; it’s more than that.  (I’m sure Craig is smiling/rolling his eyes as he reads this.) I respect Lionel. Is any artist today the showman and musician and songwriter  and producer that Lionel is?

I could go on and on.

I remember the first time I was watching a TV show where Lionel performed. I had heard his music for years, I’d seen the sensational music videos (Hello?), but I’d never heard him just play the piano and sing, like he was doing on this TV show. He just sat down and played so many incredible songs… and he sounded so good on live TV. I was beyond smitten. “He’s an artist. He’s amazing.”

I have blogged about this man so, so many times. (Just a quick search on my computer turns up far more Lionel images than I would imagine are stored on most laptops.) 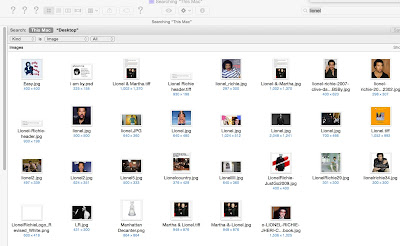 So back in April Lionel announced that he’d be doing a Vegas show that would run for a few months here and there. The show was to be called, “All my Hits,” and I instantly knew that I needed to go. I mean… hello? (Pun intended.) I was literally ON MY COMPUTER the night tickets went on sale trying to figure out when we could get away to see him. The dates just weren’t working… Grrr…

I had tickets in my cart, and not just any tickets. I was willing to spring for the meet & greet, gold circle, golden, diamond, platinum, VIPPPPP tickets. I mean, it’s Lionel. This is a bucket list thing, right? Still, we tried to make it work with some friends, but life… as it does, got in the way. We couldn’t get the dates right.

Then, in June we were with our friends at dinner and we decided, right then and there, we.were.doing.this. So, the tickets for the LIONEL RICHIE MEET & GREET (oh my gosh) were purchased and that was that. (I actually feel badly that as soon as we bought the tickets I realized that my little sister was going to be having a baby the DAY BEFORE we were to leave the country and fly to Vegas… luckily, my sister knows my love of Lionel and she understood from the get. I love you Taryn. And Lily Ann.)

Days after we bought the tickets, it was Lila’s birthday, then the girls end-of-the-year program (and Lionel’s birthday) and all of the craziness that comes with end-of-the-school-year and about-to-go-on-vacation-for-5-weeks stuff. We were packing up and heading to Ohio for the summer… in all of the regular life stuff I forgot to announce on my blog this INCREDIBLE news. (gasp.)

…but you guys… I was.so.excited.

Truth? It didn’t even seem TRUE yet.

So, I announced my impending trip just a couple of a weeks ago and let me tell you, friends…

…the entire trip was beyond words awesome, but the Lionel Richie part? It wildly exceeded my expectations.

I was a little nervous before the meet & greet because, “What if he’s a jerk?” What if this man whose songs I love adore and connect with is a rude egomaniac? What if he’s unkind and rushes me through? What if, [gasp] he doesn’t let me hug him? (I’m a hugger. What if he’s as big a jerk as Bon Jovi was in his documentary? (I STILL cannot sing Livin’ on a Prayer with the same vigor and devotion I once did. Jon Bon Jovi is not nice.)

What am I going to say?
Am I going to cry?
What do I think he’s going to be wearing?
Will I be able to speak?
WHAT WILL I WEAR?

Top 5 Things You Need to Know (this week)

10 Reasons why you should be following Martha Stewart on Instagram

Happy New Year from Lionel & I.

Dear Vivienne,
When I was a kid, my Mom would sometimes go to the grocery store at night while my baby sister and I were "supposed" to be sleeping. Baby sister slept, I stood by the window and watched for her headlights to turn back into the driveway, my stomach a gnarled mess while I waited.
We watched the Spider-Man movie twice in less than 24 hours. She looked at me during the moving parts and tilted her head to the side and was like, “sigh. This is amazing.”
Rest assured that I do NOT take myself this seriously. I just wore this pink dress to an event this weekend and I loved it.
Every now and again she looks like a baby.
The theme was blue and you can be sure I even wore blue eye shadow.

Dear Vivienne, Today is *your* day! You, my bab

When I was a kid, my Mom would sometimes go to the

We watched the Spider-Man movie twice in less than

Rest assured that I do NOT take myself this seriou

Every now and again she looks like a baby. Sigh.