I watched Father of The Bride yesterday – the one with Steve Martin.

You remember the movie.

When I’d watch that movie when I was younger, I related to Annie Banks.

I had the “whole-life-ahead-of-me” perspective.

Last night when I watched the movie, I related to Steve Martin’s character.

The Father of the bride.

The flashbacks of Annie growing up, throughout the movie, hit me in the heart.

And I cried like a baby parent last night.

Life is going by so quickly.

And I wonder if I feel it as intensely as I do since I’ve felt loss?

I know that parents die.

I know that relationships end. As in, they completely stop.

Do other people hold tight to the moments, like I do?

Do other people hold on to the hug a minute longer?

Do other people cry at all the songs?

At all the commercials?

Yesterday was “alumni day” during the Ohio State football game that Craig was watching on TV.  During the band’s half time performance a special guest, an OSU graduate who is ONE HUNDRED YEARS OLD (Mr. Anthony Violi) marched onto the field and filled the coveted role of dotting the ‘i” in winding collection of band members and alumni who spelled out the scripted “Ohio” on the football field. (Watch it here.)

I don’t even know this man. I’m not usually emotionally tied to football. But I can imagine how proud he was at that moment. ONE HUNDRED years of life. Doing his thing. All the memories.

Frog in my throat. Elephant tears coming from my eyes.

Do other people shed tears… because you know that it’s not always going to be like this?

Because you know that THIS moment, THIS MOMENT RIGHT NOW, is gold?

I blame my nine-year-old for this.

She’s the tallest in her class and her features are changing.

Every now and then I can see her baby face, but it would appear that more and more often I’m seeing glimpses of her adult face. 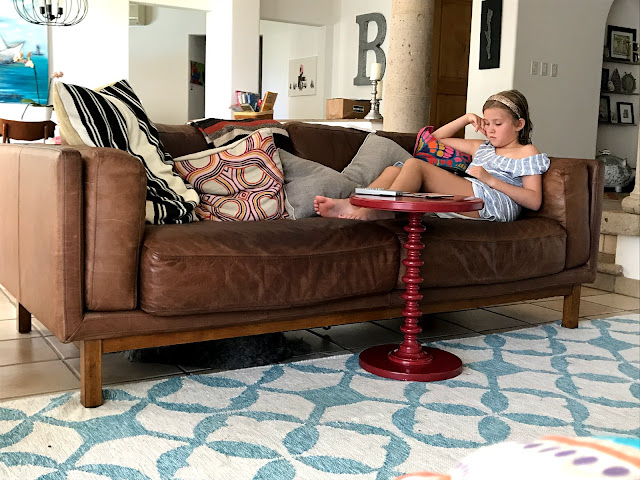 Her foot is about a size smaller than mine.
We were standing in a line the other day and my chin rested perfectly on the top of her head.

I look over at her and I can see her feelings. They’re all over her face. In her body language. In her eyes. They’re not the same as when she was smaller. We can’t solve things with a hug and a joke. 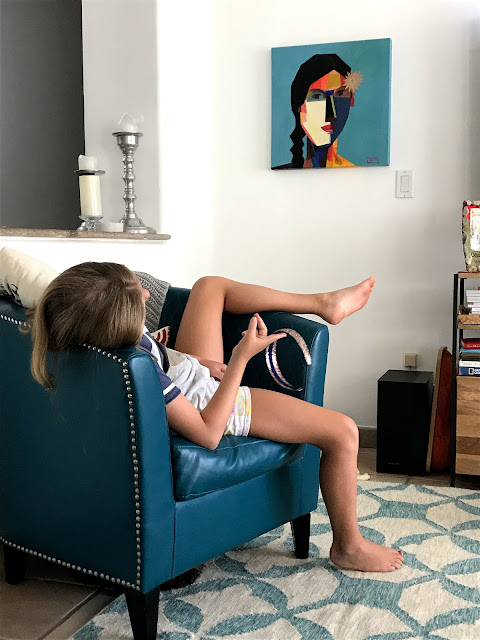 She requires more than that now.
And it’s overwhelming sometimes, for both of us.
But we’re doing it.
She’s growing up.
She’s a person with feels and thoughts and ideas and… and…

Today we brought out the inflatable water slide / jumpy thing that she and her sister played on years ago. We got it in June of 2012. Lila was 3. Vivi was 1.5.

I remember when Lila could barely climb up the ladder. Today, she looked at the faded neon canvas outdoor water toy, sighed , tilted her head and said to me, “Oh my gosh. It’s so small…”

And I sucked in air and nodded.

It’s because you’re growing up, my Lila.

And today, as I listen to the sisters jump and giggle and laugh and play right outside in the yard, the yard that was once big to them, it takes my breath away because I know that like everything else in life, this time will come to an end…

(This is what I keep telling myself.)

Everything has a season.

And I’m blessed. I know.

And sometimes you just have to look through old pictures on a Sunday and cry at your computer.

All Roads lead back to her.

Rest assured that I do NOT take myself this seriously. I just wore this pink dress to an event this weekend and I loved it.
Every now and again she looks like a baby.
The theme was blue and you can be sure I even wore blue eye shadow.
Ferg and I are starting to look alike. This is a thing, no?
Ya'll.
I’m already wearing my New Year’s Eve outfit.

Rest assured that I do NOT take myself this seriou

Every now and again she looks like a baby. Sigh.

Ferg and I are starting to look alike. This is a t